The Greatest Film Ever Made (sight and sound, bfi 2012)

Have I mentioned my passion for Gloria Grahame? I’m obviously not alone in loving this terrific actress–caught this on the way out of revisiting Alex’s Anybody got a Match blog

Anybody Got A Match? 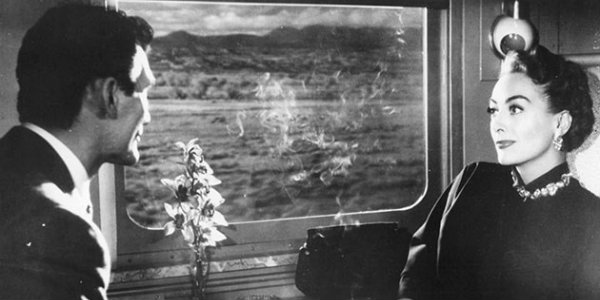 Poor Joan Crawford, she can never seem to catch a break.

She meets a handsome younger man and they get married. All is going well until he plots to murder you and then run away with your fortune with his younger, more daring blonde girlfriend. This ‘younger man’ troupe was the common theme in most of Crawford‘s films when she made the move from MGM to Warner Brothers in 1943. In no other movie is this more prevalent than the thriller/film-noir Sudden Fear.

Released in 1952, Sudden Fear stars Joan Crawford (at her most fabulous), Jack Palance, and Gloria Grahame. Joan plays Myra Hudson, a successful Broadway playwright who runs her productions like a well-oiled machine. Looking for a new male lead for her next play, she hosts auditions, hoping to find that one lucky man. That one lucky man does show up as Lester…